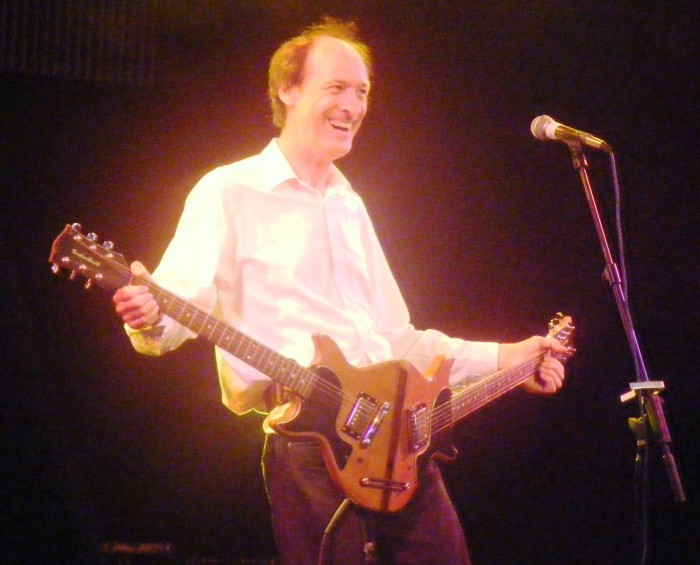 A Special show at The Old Cold Store with the legendary John Otway, celebrating his 70th Birthday.

John Otway (born 2 October 1952) is an English singer-songwriter who has built a cult audience through extensive touring.
Although his first single, "Gypsy"/"Misty Mountain" was released in 1972, Otway initially received some coverage on the back of punk rock and a performance on The Old Grey Whistle Test.[2] His sixth single, the half-spoken love song "Really Free" reached number 27 in the UK Singles Chart in 1977.
Otway has consistently toured throughout the decades, growing a reputation as both an eccentric live performer and one of the hardest working touring musicians on the circuit.
His 1990 autobiography, Cor Baby, That's Really Me (subtitled Rock and Roll's Greatest Failure) was a study in self-deprecation, whilst his touring continued to sustain him over the years as his cult fan base consistently turned out and even grew at the turn of the millennium.
In 2002, when asked what he wanted for his 50th birthday, he requested "a second hit". A concerted drive, including a poll (scrutinised by the Electoral Reform Society) to select the track, saw "Bunsen Burner" — with music sampled from the Trammps song "Disco Inferno" and lyrics devised to help his daughter with her chemistry homework – reach number nine in the UK Singles Chart on 6 October and earned Otway an appearance on Top of the Pops, the BBC Television's flagship popular music programme.
During 2016, Otway set up an online Kickstarter campaign for 'A New Album of Otway Songs'. The campaign was successful, raising £38,916 from a total of 838 individual backers. The resulting album and DVD, Montserrat, was recorded at Olveston House, Montserrat, in September 2016 and released in 2017.
Following the COVID-19 pandemic, Otway started a series of Facebook live concerts on 28 March 2020. These receive around 10 thousand views per stream. He performed nine such between March and May 2020.
On 2 April 2022, Otway played his 5,000th career gig, which, as a milestone event, was held at the O2 Shepherd's Bush Empire. This featured performances of many of his popular songs from his career, with a first set played with long time musical partner Wild Willy Barrett and a second set with the Otway Big Band.